December in the park—
river so high, air so chill
my inner thighs freeze

“The only thing that can save the world is the reclaiming of the awareness of the world. That’s what poetry does.”

“Poetry is the utterance of deep and heart-felt truth:
the true poet is near the oracle.”

“A poet must achieve a balance between solitude and solidarity, between feeling
and action, between intimacy of mankind and the revelation of nature.”

“A poet looks at the world the way a man looks at a woman.”

“Poetry is the eternal graffiti written in the heart of everyone.”

“Poetry is sort of a homecoming.”

“Always be a poet, even in prose.”

“I think poetry must stay open all night in beautiful cellars.”

“Poetry is a lion because it eats and intensifies natural speech.”

“You are the butterfly and you are gone.”

“Words are alive — cut them and they bleed.”

“We write to taste life twice, in the moment and in retrospection.”

“The Kings who have died one by one are now reborn in poet’s hearts.”

“Poets are the unacknowledged legislators of the world.”

“Poetry is from the frontiers of consciousness.”

“The poetry of the earth is never dead.”

“All night wild impulses
The only way to find a path
is to set fire to your life.”

“Poetry is like a bird, it ignores all frontiers.” 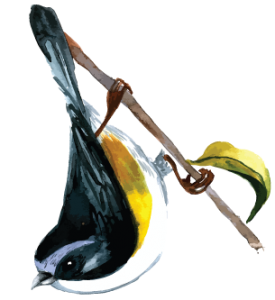 A poet and writer of the natural world, Terri Glass mentored under poets William Stafford and Robert Bly.c

She received a BA in biology from Western Washington University and an MFA in creative writing from the University of Southern Maine. A former biologist, Terri worked for the US Fish & Wildlife Service before devoting herself full-time to writing.

Terri has taught creative writing in the Bay Area since 1989. She currently co-coordinates the Marin program of California Poets in the Schools and served as their statewide director from 2008 to 2011. Terri continues to work as a poetry teacher to K–12 students in both public and private schools in Marin and Del Norte counties. 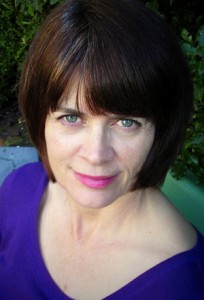 She has taught adults classes in venues ranging from bookstores to senior centers to wildlife centers. Terri has conducted a Poetry and Nature class at the College of Marin. She has presented workshops for educators and therapists for the River of Words program, the National Poetry Therapy Association, and the International ChildSpirit Conference.

Terri is the author of three books of poems—Unveiling the Mystical Light (Fisher-Dizick Publishing, 1991), The Song of Yes (Ecstasy Ink, 2010) and Being Animal by KelsayBooks (2020)—as well as a chapbook of haiku titled Birds, Bees, Trees, Love, Hee Hee (Finishing Line Press, 2015). She produced an award-winning poetry and music CD called The Body of the Living Future (FoxPath Productions, 1998) and wrote Language of the Awakened Heart, a poetry guidebook for classroom teachers (Fund for Global Awakening Press, 2001). 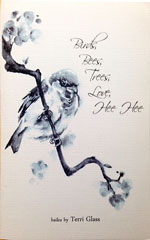 She has been featured in articles in the Marin Independent Journal, Pacific Sun, and San Francisco Chronicle. Terri has been interviewed by Artist Dialogue and the radio station KWMR 90.5 FM. Some of her poems and articles have appeared in the journals About Place, The San Diego Poetry Annual, Adventum, 50 Haikus, California Quarterly, Ginosko, Fourth River, and Insight Journal as well as in the anthologies Fire and Rain:Ecopoetry of California, Back to Joy, Earth Blessings, Poetry Crossing, Shadow and Light, What the World Hears, Besides the Sleeping Maiden, and To Honor a Teacher.

Familiar with the book circuit, Terri has held readings at bookstores such as Book Passages, Copperfields, A Clean Well-Lighted Place for Books, The Book Depot, Borders Books, Cody’s, and Mo’s Books. She has read her poetry in open spaces, at poetry festivals, and in poetry series sponsored by Poets & Writers in Nevada, Shasta, Ventura, and Mendocino Counties.

A poet and writer of the natural world, Terri Glass mentored under William Stafford and Robert Bly.

Terri Glass offers a range of creative writing and poetry workshops for both adults and children.

Read and hear sample poems by Terri Glass on topics ranging from nature to spirituality to love.

Buy copies of Terri’s books, including poetry collections, hand-bound chapbooks, and a CD.